Joann Evans holds a B.S. in microbiology and chemistry. She is also a certified Paralegal. She has 20 years’ experience in quality assurance, control and engineering in fields such as pharmaceutical, medical device, IVD, biotech and blood banking. This blog series is her journey through being coached and then earning her coaching certification.

Before starting this coaching certification class Cathy told me that it was important and extremely helpful that I know what it is like to be coached. I took it at face value and allowed her to guide the process. So far, I can tell you that she was absolutely correct. While she was coaching me, I was displaying what is taught in this class as the negative side of a Meta Program and she kept pointing me in the right direction. I say it’s the negative side because you don’t want someone to be looking backwards or behind to the past which I have been really good at. You want to guide the client to be looking forward. I also believe it could be said that I was looking externally to myself versus looking internally for how to move forward. Sometimes messages come to us in different ways also. 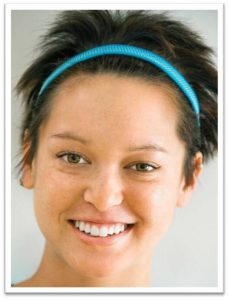 I met a gentleman at a meeting I attended. In talking with him I learned that he had run a business he built for some 20 years. A major company pulled a very unethical business move on him and he ended up having to sell. He was now running his second startup. He said that while what was done to him really hurt, he knows that he must do nothing but look forward. I received this message when I told him my story and he was letting me know to simply keep looking forward. Again, I was seeing all the areas where I wanted to grow and learning through coach training is driving it home.

Of great importance in this coach training class is having received a raised awareness now on the use of negative and toxic language. In my professional journey I learned much about how to have crucial conversations but there had been no focus on language and words used. This I feel was a critical oversight. I will be placing greater focus on changing my personal habits for the words I use. This kind of brings to mind something rather funny. I remember moving from southern California to the northern portion of the state not too far south of San Francisco. It was immediately evident that the kids were all saying “Hecka” and “Hella.” So, if the desire was to express that something was funny they would say, “That was hella funny.” I’d say that this is a major contradiction and maybe the use of the word hell in any kind of a sentence may not be such a good idea. This is just food for thought but hecka funny! While my daughter insisted she would never use these words it took her 6 months to incorporate it into her language. She doesn’t use is anymore as some 16 years have passed. Can you see the difference? We also learned about how long it takes to change and this was in line with my experience. I am learning.