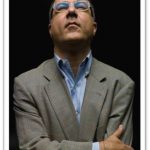 Brendan was aware that Kevin was making changes, saw improvements in his already good family life, and experienced the impact of Kevin’s initiative at work.  After a year of observing this, Brendan decided to consider coaching.

Brendan met with Rachael and liked her approach.  He was worried about Rachael coaching him since she also coached his brother.  Rachael explained confidentiality in coaching per the International Coach Federation Code of Ethics.  Brendan also wanted to be clear with Rachael that he was his own person.  Together they talked through how coaching really supports exactly that.  Brendan decided to go ahead with a few test sessions to see if it was going to work.  Rachael explained that because coaching is a process and creating change takes time, she wanted Brendan to commit to six sessions before starting.  After hesitating Brendan decided to commit.

In the initial session as Rachael asked Brendan about what he wanted in all different areas of his life, she observed that Brendan focused on getting away from what he did not want instead of moving toward what he did want.  Each time Rachael then asked Brendan to describe what he wanted instead.  Brendan was challenged to focus on what he was moving toward.  He was unclear on how answering Rachael’s questions made a difference until he became aware of an internal shift in his own thinking to be more positive and proactive.  Initially after the coaching sessions Brendan stayed with his habits and routines.  He forgot about the change in focus and how it felt different.

In a subsequent coaching session Rachael asked Brendan how his thinking impacted his outcomes.  She asked how his thoughts became a barrier.  Brendan realized that when he looked at half a glass of water he saw it as half empty instead of half full.  He reflected out loud with his coach.  As the coaching sessions continued Brendan explored whether his perspective made a difference in his outcomes and realized that it was influencing him without his being aware.

As Brendan began shifting to thinking about what he wanted and how to make it happen, he said things to his coach that she challenged.  For example, when he said he should do something, she asked if he wanted to do it.  Brendan pushed back and asked, “What difference does it make?”  Rachael invited Brendan to say the same thing several different ways and reflect on the difference for himself.  For example:

Rachael asked Brendan to express his buy-in to being positive with customers for each of the different ways of saying it.  Brendan realized that saying he wanted to felt like he had control and was more engaged.  Saying he should felt like someone else was pushing him and he resisted it.  Saying will was a commitment and it meant it was time to figure out how to do it.  Brendan discovered his words made a difference in his thinking, feeling, and doing.