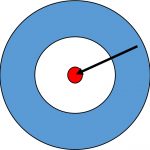 The car dealership where Brendan and Kevin worked became increasingly proactive in employee development.  They offered training and started a coaching program.  Brendan was resistant.  Kevin signed up for coaching.

In the initial conversation Kevin’s coach Rachael asked Kevin what he knew about coaching.  Kevin was hesitant and said he knew very little.  He cited experience with his soccer coach.  Rachael asked Kevin what he gained from the time with his soccer coach.  Kevin thought a moment and expressed his appreciation for the coach’s patience and guidance.  Rachael gave Kevin time to add to his thoughts.  He said his coach gave him good directions.

Rachael explained how coaching in athletics with the giving of direction is different than professional coaching.  She shared that coaching is designed to support Kevin finding his own positive direction and developing his own game plans.  Kevin asked, “What if I don’t know the answer?”  Rachael explained that there are coaching techniques to discover the answer within and that as his coach she partners with him in the process.

As Rachael and Kevin worked together they started by exploring his big picture interests, influencing factors, motivation, and priorities.  In addition to addressing work place goals Kevin was given space to address personal goals.  This supported his increased focus at work.

Because of his new awareness through coaching Kevin prioritized things he wanted to change in his life.  For example he started conversations with his wife about their future.  It meant that instead of going along with what happened they became proactive about creating their ideal path.  Together they made changes at home so they felt their life was relaxed and at the same time purposeful.

At work Kevin wanted to figure out how to add value and make a difference.  Rachael asked Kevin to describe what he did now and what options he wanted to create.  During the exploration Kevin realized that he wanted to approach his boss with alternatives for prospective customers that failed to qualify for financing.  He wanted to help them and help the company too.  As a result Kevin created a program for helping customers unable to obtain financing buy a car through alternative financing.  This meant he helped the dealership increase sales, customers gain reliable transportation, and the financing institution to both serve the underserved and earn a profit in the process.

Kevin was very happy with what he changed and accomplished through coaching.  His family was happy too.  Kevin’s boss and company were happy with his initiative and how the dealership sold more cars while also helping underserved individuals.

Ask the client what they want to achieve.  Coaching conversations are focused positively because they are about what a client wants to accomplish.  Support this with positive, confident language.  Ask questions to find the internal motivators expressed positively that support long-term success.