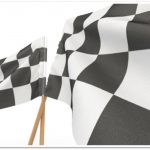 The International Coach Federation, ICF, has conducted surveys about the challenges facing the coaching profession.  Consistently a top cited challenge is untrained coaches and in conjunction with that the lack of general knowledge about how coaching works.

Consider these examples of the abuse of the term coach:

What does that mean for the profession?  It means that each coach is called upon to help educate the general public and also people who call themselves a coach without coach training or whose training is insufficient for them to join the ICF.

How?  The more each trained coach writes blogs, news articles, and books the more people are educated.  The more coaches ask questions about thoughts on the Code of Ethics, coach training, coaching competencies, and self-regulation of coaching the more awareness is created.  Providing resources to the media by sending the Code of Ethics and the 11 Core Competencies (including the comparison table on how the Competencies are evaluated) adds credibility to the education on the truth of coaching.

What small thing will you commit to for educating others on coaching?