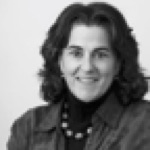 Executive coaches and sports coaches are similar in many respects. As a professional skier, I had numerous sports coaches to gain the highest levels of proficiency. It is considered best practice to have a coach to uncover blind spots and learned patterns that hinder one’s progress in the sports world. In my roles as an executive, the idea of hiring a coach felt different to me; that is was best to keep it undisclosed or that it made me vulnerable. Hiring a coach in the executive world is now also considered to be a best practice; it is becoming the smart thing to do and more and more top executives are embracing the value of coaching for themselves and their teams.

Whether having a coach for work, life or play, the power of the relationship is the same. The value and effectiveness of the coaching relationship are based on openness and honesty where vulnerability is accepted and even expected. The commonalities of difficult and new terrain in sports and business are numerous such as the unexpected, the need for focus, required confidence, having a plan and reading the landscape. Imagine having an executive coach to support you as you navigate new and challenging terrain just as the skier has their coach when attempting to navigate new and challenging terrain.

The executive coach brings forward movement toward one’s goals through clarity of vision, self-identification of action steps and measures of success. It’s all about asking the right questions just as a sports coach knows how to provide the right exercises to bring the athlete forward, faster and more efficiently.

What will be different when you have a coach in your executive life?

Read more in the full chapter of Coaching Perspectives VI.