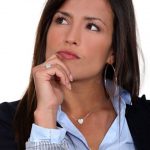 Back to the brothers: both played musical instruments.  Brendan was a decent saxophone player.  Kevin was extremely talented with the violin and clarinet.  Brendan did enough to get by and was mostly interested in opportunities to be a show-off.  Kevin was invested in the music and wanted to advance with higher-level instruction; advanced training was unavailable.

Brendan’s teacher said, “You are pretty good at it but you could do better.”  Brendan thought, “Yeah, sure, but… so what, this is all right for now and I just don’t care.”

To Kevin the teacher said “You really have a talent.”  Classmates told him, “I wish I could play like that!”  Kevin thought, “Well, I am going to enjoy it because I am good at it plus I really dig this music.”

Over time Brendan’s disinterest grew and as soon as he completed his required classes he stopped playing music.  Kevin did as well as possible with what was available and had fun with it.

When the teacher said “but” Brendan dismissed the first part of the statement and focused on the remainder.  He decided he didn’t care if he could do better and it wasn’t worth it.  Kevin felt good about his skill and focused on enjoying the music.

Be very intentional with word choice and model language that conveys confidence and is positive.  Ask clients to commit to their goals instead of a maybe or hesitating by using doubtful words.  This means instead of saying might or possibly, say, “you are good and you are improving,” expressing positive support and belief in future possibilities.

Hints for Your Research: Experiments and research by Dr. Lipton show that the energy of positive or negative thoughts is one of the controls of our biology.  Newberg and Waldman, in Words Can Change Your Brain, say that a single word influences physical and emotional stress.