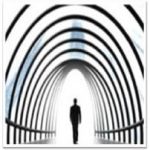 Rejoin the two brothers now.  Both did well in school.  For Brendan the biggest challenge was accepting the authority of teachers and administration.  Kevin wanted more of a challenge as he found school easy.

When Brendan’s teachers gave instructions, he heard them tell him what to do and how to do it so he only partially listened.  He was consistently reminded, “You should follow the instructions.”  The more he was given direction, the more Brendan repeated to himself, “I hate being told.”  Each time he was told, Brendan mumbled to himself, “I can figure it out myself.”  The teachers thought he was somewhat rebellious and considered it typical of boys.  The more Brendan became frustrated the more the teachers told him what to do, which in turn reinforced his negative thinking.  Brendan distanced himself from authority figures.

Kevin was reminded by teachers to focus more or that, “It comes easily to you so it is important you apply yourself to complete it.”  While Kevin realized that it was important to apply himself, he thought to himself, “I am smart and I want more of a challenge.”  Over time Kevin began to find ways to challenge himself.  He timed his reading and worked ahead in the math book to see if he could figure it out on his own before having it explained.  During class, he paid attention to how the teacher explained it to find differences from what he had thought.  He learned to challenge himself.

The way he was told fostered resentment in Brendan and his irritation grew.  Kevin heard supportive language.  He learned acceptance for circumstances, acknowledged his own abilities internally, and developed a habit of challenging himself to learn and grow.

Word choice influences how what is said is understood and processed.  Some words limit and other words empower.  While most of us are unaware most of the time of limiting words, the impact remains.

It is unfortunate that it is easier to flow with the negative and critical.  When the focus is positive, supported by positive language, brain function improves and people achieve more.

Hints for Your Research: A number of books explore how words influence conversations, thinking, and outcomes including those by Luntz, Cialdini, Newberg, and Waldman to name a few.  Dr. Emoto experimented with the impact of words on water that was then frozen.  Caples studied persuasive writing extensively.  Bobbins blogged on how many negative words there are in the English language.  Neuro Linguistic Programming provides a body of knowledge on the impact of words.  Canfield shared research on how humans process more than twice the amount of negative as compared to positive.  There is an old saying that garbage in is garbage out and the garbage is the negative.