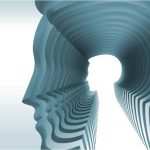 Brendan and Kevin played soccer during their middle and high school years.  Brendan was a hotshot with the ball and scored most of the goals during games.  Brendan was also a solo operator.  Kevin was a team player and held the players together on the field, heading the defensive effort.  Kevin was an unseen talent.

After a game, teammates told Brendan he did an awesome job and congratulated him on scoring goals.  Brendan tended to dismiss what the other players said and instead thought, “I wish I had more support out there,” or “Man I can’t believe I missed that one goal” instead of hearing what was said.  As a result of his internal, negative language focused only on himself, Brendan distanced himself from the team and saw himself as separate.  Instead of feeling good about his achievements he got wrapped up in being frustrated.

Kevin’s teammates talked as a group about how the team did well during the game.  Comments to Kevin included “good game” as they left the soccer field.  Kevin affirmed what others said in his own mind thinking, “We have a good team and I like being part of it,” and “I feel like I added value.”  Kevin felt good about his contribution and felt good about being a part of the team.

The comments from their teammates were external to each of the brothers.  How they thought about what was said and their own thoughts were internal.

Ask your clients how they think and feel about what is happening and what they want to achieve.  If their response is negative, ask how they want to think and feel.  Work with them until they find their positive internal language.  As a coach the skills of modeling and asking for positive language along with exploring internal motivation are significant in terms of value and impact for clients.

Hints for Your Research: In a Ted Talk Dan Pink speaks about the science behind intrinsic motivation.  Neuro Linguistic Programming describes internal versus external meta programs or thought processes.  Studies done by the universities of Illinois and Southern Mississippi state coaches are partners and provide the supportive environment for increased motivation.  These university studies state that asking instead of telling makes a difference and this is the foundation of effective coaching.