1. What is your coaching business name? Phan Coaching

2. What is your niche? ADHD Coaching

3. What is your favorite success story? Favorite success story was when one of my clients 18 years of age had 8 felonies for armed robbery.  Through a grueling process of obtaining medical reports, statements from family, friends, past teachers, coworkers, employers, and other related sources, I was able to prove in court that much of his behavior was due to the impulsivity of ADHD, ODD, as well as inconsistent medication treatment due to depression and anxiety (all co-morbid conditions of ADHD).  Though I was not claiming to prove my client innocent, I was advocating for restorative justice and a reduction of his charges from a felony to misdemeanors in order to give him a chance to obtain housing, employment, and continue education at college after being released from jail.  In addition, as part of his sentence adjustment, I was able to confirm my client would be receiving coaching during his time in jail, as well as after his release, as long as he wear a tracking bracelet and have consistent communication with his parole officer.  Even my client’s own lawyer was against this idea and did not advocate for our client to reduce his sentencing.  At this point, my client’s parents were at their wit’s end and had given up on their son, who was a repeat offender.  My client and I were the only ones left who believed he could change and there was a chance to facilitate that change.  To our surprise, we won in court and his sentence was reduced from 6 years in prison for 8 felonies to 2 years for misdemeanors, and bracelet upon release at the end of the term.  My client was also able to receive his proper medications in prison after the hearing; a big triumph since they had denied him his medications before the hearing.  My client had been unmedicated for severe ADHD, ODD, depression, anxiety, and extreme anger management issues.  This was by far my most successful coaching story to date.

4. What motivates you? I am motivated by the fact that my son has severe A 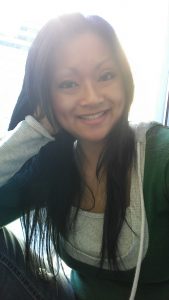 DHD, and our journey through this together has allowed me to homeschool him until he was in middle school, better understand the mind of a person with ADHD, better understand my own mind, and maintain the utmost patience and compassion for those who suffer from ADHD.

What is something unique about your coaching? Something unique about my coaching is that I am able to offer coaching to people of all cultures, ages, and socio-economic standing because I have a private practice which serves mostly students and adults dealing with day-to-day ADHD, and a non-profit organization which serves mostly males ages 17-24 who are convicts, ex-convicts, or juvenile delinquents unable to pay for coaching or any other services.