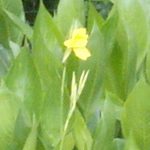 Continuing with the coaching relationship as discussed in the previous blog: Tracy asked Bill how it was going with the delegating he had started.  Bill reported a few bumps in the road and then said over all it was going well.  Tracy then confirmed Bill’s choice to focus next on getting people up to speed so he could delegate more.

Tracy asked Bill about current and desired performance levels.  Tracy asked Bill about aptitude and attitude of his direct reports.  Then Tracy’s asked Bill for options to bring individuals up to speed.  In some cases Bill thought training and in others he considered reallocating duties amongst people to maximize the use of different talents.  Bill also talked about mentoring or coaching people.

Tracy then asked Bill his process for delegating.  Bill said he simply assigned things at meetings.  Tracy asked Bill about the awareness of his people around his level of confidence in them and his expectations.  As Bill talked, his awareness grew that there was a communication gap in his delegation process.  As a result, Tracy asked Bill to create a scale of his level of trust.  Then she asked him to note the level of communication he wanted at each point on the scale.  Then Tracy asked Bill how he was going to communicate this to his people.  Bill said he would simply tell them in the meeting when he delegated a task.  Tracy asked how that would be perceived by the team as a whole and how individuals might feel about this approach in a group.  Bill realized that this could create a problem and decided to meet with people individually.  Tracy asked Bill if he knew what his people knew about his level of confidence in them.  Bill decided he would ask them.  Bill shared that this was a big aha for him – asking for input from his team on their perceptions of his thoughts.