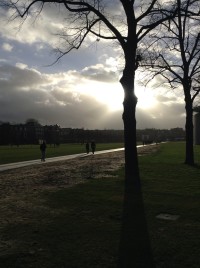 Coach Kelly was working with a client, Howard, who was challenged by his competing priorities.  Howard stated he wanted to work on managing his time more effectively.  Kelly asked him what that meant to him.  Howard shared that he wanted to keep his work week to 50 hours, have regular time for exercising, and have time with family and friends.  Kelly worked with Howard to create a calendar showing what was happening and what he wanted happening with his time.  Kelly also asked Howard about time for relaxation.  When Kelly and Howard added up the hours, Howard became aware that to make it realistic meant choosing where to invest his time.

Howard discussed some of the different time management tools he had used and how they had worked.  Kelly asked Howard about what he wanted in a time management tool.  Based on this conversation, Kelly supported Howard in refining time management tools for himself.  For Howard it involved using an electronic calendar that he synced with his telephone, and journaling.  Kelly worked with Howard on a few key questions for him to journal about.

Kelly and Howard co-created a visualization of Howard’s time, values congruency, and refined his tools and process for time management.