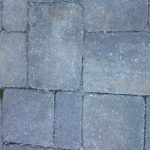 Tracy’s coaching client Bill is a senior VP.  His climb up the ladder was a result of his talent for doing the work and running a tight ship.  In his current position, Bill’s hands-on approach is no longer effective.  In a 360 review, feedback indicated he was perceived as a micro-manager.  Bill was offered a coach by his company and knew he could benefit from the opportunity.

Bill noted that while certain tasks were logically delegated to certain people, he lacked confidence in their ability to handle the work.  Tracy asked Bill about the best and worst possible outcomes if he delegated to them.  She also asked Bill what would happen if he did not delegate it to them.  Bill decided he was going to begin with delegating where he had the most confidence.  Bill then said that in his next coaching session he wanted to strategize how he could get the appropriate people up to speed for handling the work.