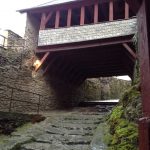 During the coaching sessions discussed in the last two blogs, the coach Tracy took notes and afterwards she compiled the information and emailed it to the client Bill.  As a result of the coaching conversations and subsequent notes, Bill had a process for delegating effectively: ask his people where they thought they were at on the delegation scale, and then share where he thought they were at on the scale.  Tracy asked Bill how he wanted to support his people earning confidence.  Bill decided to ask them how they wanted to do it.  This became the next step in the process.

Tracy and Bill co-created a Delegation Progression tool and outlined the conversation for introducing it to employees.  Specifically, during the coaching Bill and Tracy co-created a written scale for delegation.  Then together they worked through the steps for having a conversation about delegation with direct reports.  These notes in one document became a delegation tool that Bill then used consistently.  Bill shared the delegation tool with his direct report, asked them where they thought they were at, shared where he thought they were at, and then Bill asked the direct report how they wanted to move up the levels of delegation.

In addition to the co-created tool supporting Bill’s immediate goals, the delegation tool became integral for Bill with new direct reports too.