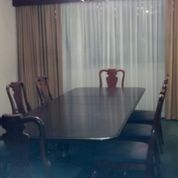 The International Coaching Federation defines client and coach, then provides the standards for confidentiality.

What is said between the coach and the client is confidential.  The question that arises is, “Who is the client?”  The mistake some make is thinking that the person or company paying for the coaching is the client.  The reality is that the person being coached is the client.  This means that there are actually separate agreements with the payer, who is the sponsor, and the individual being coached, who is the client.  Additionally, there is an advance discussion of confidentiality and how the exchange of information is managed.  Specifically, unless there is a threat of harm or an unreported crime, the client must first agree to any information that is shared with the sponsor.

A client requests coaching through a company coaching program.  They work with the coach over a period of six months.  The client’s boss approaches the coach directly and says that since the cost is coming from their budget they want a full report on what is being discussed.

What the coach can do is work with the coaching client to co-create a report that the client either delivers to their boss them self or agrees to have released to their boss by the coach.  In this way the transparency of the agreement and the guidelines in the Code of Ethics are maintained.  The confidentiality of the client is protected, and the boss receives a report.  Often this in turn protects all of the workplace relationships too.