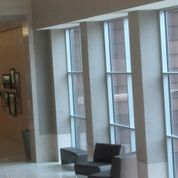 What this means is that if something could potentially be perceived as a conflict by someone, then the coach must disclose it.

For example, imagine a coach has a client who owns a plumbing company.  The coaching is focused on managing and growing the business.  Then at a party with friends over a weekend, the coach learns that their friend is going to start a plumbing company and will be in direct competition with the coaching client.  Is this a conflict?  On the one hand, the thinking is that because coaching is confidential, as long as the coach maintains confidentiality there is no conflict.  On the other hand there is the consideration that the client could perceive this as a conflict.  The ethical thing to do is be transparent.  In this case that means the coach telling the client, then telling the client their belief in what their capacity is to be effective and keep it confidential, then let the client choose whether to continue with the coaching relationship.

This is a simple example.  What is important to know and apply is that being transparent with anything that could even be perceived as a conflict is the smart, ethical thing to do for coaches.