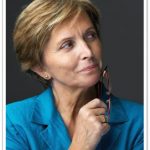 In many ways the journey started long before I had even heard the term ‘coaching’ as applies to being a business, career, life, health and wellness, or executive coach.  The concept of empowering others was something I learned from my family.  My parents modeled it by encouraging and supporting each of us to find and explore our own path in life.

As a young adult in the working world, I experienced the difference between a manager that empowered and a manager that micro managed.  It is fairly easy to figure out which approach is more effective in the long run.  When I moved in to management, in addition to realizing empowering employees was more effective in terms of their engagement, I learned it also created better bottom line results along with a more positive company culture.

The positions I held were varied because initially it was about supporting my children as a single mom and later because I became a military spouse and relocated several times.  On the con side it was challenging and there was lots of change.  On the pro side I learned so much, had wide exposure to different types of work and people, and became adept at flexing with the changes.  In each position I was very focused on what people wanted and how what I did supported their goals.

As I subsequently learned in coaching certification a coach is focused on empowering their client.