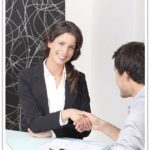 Anyone can call themselves a coach, with or without any coach training since coaching is an unregulated profession.  Unfortunately, legally there is zero requirement for someone to call themselves a coach. Do these individuals have the ICF Code of Ethics or even have their own written code of ethics?  Most often not and if not, do they even know what a Code of Ethics is or what it’s for?  Having their own code of ethics means everyone has different standards.  Subscribing to the Code of Ethics developed and published by the ICF can indicate that a coach is ethical in and with their coaching practice.

The CCC coaching certification programs utilize the ICF Code of Ethics in all its training.  When you graduate from any CCC program, you can be assured that this Code of Ethics was incorporated and utilized to aid both the coach and client.