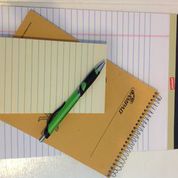 The last 2 blogs illustrated the significance of choosing a suitable name for a coaching business and that it really is a tall order.  Bring this point home today by concentrating on the coaching vocation and listing the criteria you want to consider when selecting a name for your coaching business:

(i)                 Relevance -Example: Green Meadows Coaching v/s Expanding Possibilities Coaching.  Both signal freshness and openness; the former name is relevant for a landscaping business and the second makes sense in a coaching business.

(ii)               Clear and Descriptive – Sticking with the earlier example, “Green Meadows Coaching” could easily be a cross-country training facility or a school for horticulture.  In other words, the potential client / customer has to dig further to find out if they are even on the right track.  Whoa, are they even willing to invest the effort?!  By contrast, the name “Expanding Possibilities Coaching” is clear.  It is also more likely to be along the lines of what a potential client is looking for when shopping for a coach or a coaching entity.  This increases the chances that they will look further at your available information.  Hooray!  You just expanded your possibilities for a potential client!

(iii)             Succinct – While people can have any number of first names (Example: Prince William’s full first name is William Arthur Philip Louis), the name of any business is most effective when it is short and powerful.  For Example: “Empowerment Coaching” is far more powerful than “Coaching to Empower the Individual” although they both convey the same message.  Because a message is conveyed within the first few seconds the more succinct the name, the quicker and easier for the searcher and the more likely that it makes an impact.

(iv)             Invitational – If a name has all other elements and still lacks an inviting quality, it will defeat its purpose.  Example: names like “Monument Coaching” or “Ascension Coaching” are very much a part of the inevitable growth that is brought about through the coaching process.  At the same time they may be suggestive of the level of difficulty or arduousness of the process instead and may turn the shopper away rather than invite them in.  A more invitational twist like “Pinnacle Coaching” might serve the purpose better.

Now that you have a good start, get building!