Social Intelligence: The ability to identify and manage the emotions of multiple individuals, and to participate in a group in a manner that is considered appropriate by the majority. 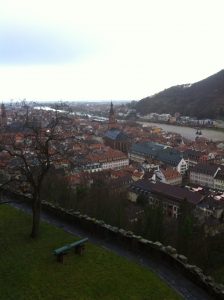 As covered in the previous blogs, Bill intentionally developed his emotional and relationship intelligences.  His next priority was to develop his social intelligence.  Bill wanted to both be more comfortable at company social events and to effectively interact with groups.

Bill’s coach Jennifer asked him to describe in detail how he wanted to feel and interact in groups.  This afforded Bill the opportunity to be specific with his goals and to realize achievability.  Next Jennifer asked Bill his barriers and how he planned to move past each.  Jennifer had Bill list his resources for success including his own skills and his growing support system.  Then Jennifer had Bill create specific action steps.

Through this process, Bill developed a strategy to first go to events where he was unknown and observe people, then begin interacting because this was low-risk and a confidence builder.  Then Bill listed upcoming opportunities through work where he could take small steps in applying his learning.  Bill decided he wanted to schedule a coaching session after the first events to process his plan before the work opportunities for applying new approaches.

Bill followed-through with his strategy.  He fully explored what happened at the events he attended with his coach.  Following this discussion he decided how to adjust and planned for his opportunities at work events.  In a subsequent session he evaluated what worked well and what he wanted to change for the next time.