Relationship Intelligence: The ability to identify and manage the emotions involved in a one-on-one relationship. 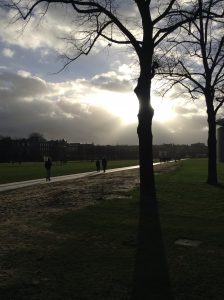 Through the coaching as discussed in the previous blog, Bill became increasingly confident with his own emotional intelligence.  His next area of focus was relationships.  Bill was aware of the respect he had because of his knowledge.  He had learned that this respect was limited because of a lack of emotional connection.

Bill’s coach Jennifer asked him how his increasing emotional intelligence was creating opportunities for improving his relationship intelligence.  Bill considered this question for some time and then began listing possibilities.  He included an enhanced awareness of emotions and of reactions to expression.  Jennifer then asked Bill how he reacted to other’s emotions and the outcomes.  Bill realized that by observing reactions of others to his own reactions, he could then develop an awareness of what worked and what did not work.  Jennifer asked Bill about his upcoming meetings and how he wanted to ensure his awareness so Bill developed his strategy.

In their next coaching session, Bill discussed what happened and his observations.  Jennifer asked probing, clarifying questions that further enhanced Bill’s awareness.  As a result, Bill chose how he wanted to adjust and continue increasing his relationship intelligence.