Emotional Intelligence: The ability to identify and manage one’s own emotions. 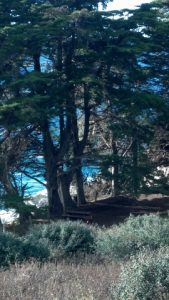 Bill is a brainiac.  He knows the information, he knows the numbers, and he knows the process.  Bill is unaware of feelings.  Bill advanced in his career because of his book smarts, and then he found that his limited emotional and interpersonal smarts were minimizing his effectiveness.  Bill did the research – after all that is his forte – and decided that it made sense to hire a coach.  Bill asked his HR department and colleagues for recommendations.  After interviewing six coaches extensively, Bill choose one he felt was the best for him.

After exploring the big picture for Bill to create a common awareness of his goals in multiple areas along with his influencing factors, Bill’s coach Jennifer asked in-depth questions about Bill’s chosen focus: emotional and interpersonal awareness.  Jennifer asked Bill to make a list of emotions with definitions.  Then she asked him when each emotion was most likely to be present for him.  Next Jennifer asked Bill his options for being aware of his emotions.  Jennifer followed this with questions on how Bill wanted to appropriately express his emotions.  Finally she asked Bill to describe his ideal outcome with his own emotional awareness and expression.

During the coaching conversation, Bill developed a strategy for increasing his knowledge through research and reading, practicing awareness with the use of reminders to himself, and observing reactions to his expressions of emotion.  In subsequent coaching sessions, Bill discussed what he had learned and how he wanted to move forward.