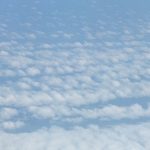 After coach Susan worked with her client Maria on de-cluttering her home, they shifted to handling the closets.  Susan asked Maria for a list of closets, what was in them now, and what she wanted in each one.  In this process, Maria became aware of how by planning ahead she could organize the closets in a way that made it easier to use them and keep them organized too.  She talked through how to use each closet to meet the storage requirements and ensure maximum convenience for accessing items.  Susan then asked Maria to describe how her closets were going to look after she was done.  In the process, Maria shared that she valued having her house and closets organized because she felt it helped her mind be organized.

The coaching session gave Maria the space to talk through what some might consider a silly topic of conversation.  For Maria, she valued the opportunity because it helped her plan, and it motivated her to achieve the result she wanted.

Susan asked Maria for possible action plans to get the work done.  Maria explored some of the ideas she had considered for organizing closets, and then ultimately decided this was a task she wanted to handle herself.  She created a plan to have her husband take the kids to a movie so she had the whole house to herself.  Maria set her plan in motion and later shared with her coach that she had fun organizing her closets.