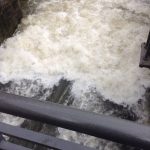 Roberta is an executive struggling with effectively engaging her direct reports.  She is very intentional about saying exactly what she means and frequently only later discovers that she was misunderstood.  Roberta asked colleagues to recommend a coach and after talking with a several prospective coaches she hired Lisa.

After a few coaching sessions focused on the big picture for Roberta, Lisa and Roberta begin an in-depth discussion about what Roberta wanted to have happen in her interactions.  Lisa asked Roberta about her barriers.  Roberta was at a loss in determining what was behind the misunderstandings.  Together they began brainstorming and listed such things as ineffective listening, competing priorities, and different ways of saying things.  Lisa asked Roberta to reiterate some of the conversations.

Because of her coach training, as Lisa listened to Roberta reiterate the conversations, Lisa became aware of the differences in learning styles of Roberta and her direct reports.  Lisa asked Roberta what she knew about learning styles.  Roberta was unaware of different styles or what that meant.  Lisa made a note to herself for later.  The coaching session focused on Roberta’s intended goal of gaining clarity around the messages she wanted to convey, and how she wanted to best state her meaning effectively.

At the end of the coaching session, Roberta shared that a productive new awareness for her was that her direct reports might perceive things differently.  Lisa referred to her notes and asked Roberta what she thought of doing some reading about learning styles and communication.  Roberta liked the idea and Lisa provided links to a few articles for Roberta.