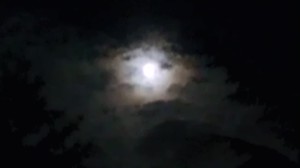 Companies generally have policies in place on how information is handled.  For general forms and agreements used in a coaching program, this applies.  For notes taken during coaching sessions, the information must be handled differently.

For example, a coaching program will ideally have standardized coaching agreements.  (In the agreement, do refer to the Code of Ethics and either attach it or provide it electronically.)  Often there are questionnaires the coach may want to utilize.  The program may also benefit from a form that a coach and their coachee complete together for the coachee to report on progress and results.  (For example, in the form the coach and coachee list the goals that the coachee is working on, action steps, and the coachee progress report.  A notes section may be used for further explanation.)  When the form is complete, the coachee may be the one presenting it to their supervisor, or if the coach is presenting it they must first ensure the coachee has given permission.)

Information that is handled differently includes the notes taken during coaching sessions.  The notes are for the coach and coachee only, which means using either paper or a personal computer.  Notes kept on a company computer are accessible by others and discoverable, so coaching confidentiality is violated.  The Code of Ethics for coaches, as published by the International Coaching Federation, ICF, specifically addresses confidentiality and record keeping.

In summary: forms, tools, and worksheets are available to all who have access to the coaching program materials.  The notes taken during a coaching session are accessible only by the coach and the coachee.