Ever since Dr. Peale introduced his formulation of positive thinking, we’ve been hearing the notion of “having a positive attitude” from every motivational book and speaker you could name. It’s not that we don’t need to be reminded once in a while to get out of a negativity rut. We do. But the way “positive attitude” is sometimes presented is like buying a new outfit or getting a haircut. Just go out and do it. How? The previous blog gave the first aspect of positiveness and now we will review the next two aspects.

The second aspect of positiveness comes from knowing what strengths you have to build on to achieve that life philosophy. This involves taking a personal inventory about your talents and skills and also what you like to do. It is further supported by working with a certified professional coach for a clear understanding of what you learn and to develop strategies for application of the insights. Ideally, we’d all like to make a living or spend our time doing what we love. The people who come the closest to that are those who actually take the time to figure out what they love doing. Then you figure out what skills you have and which ones you need and take a step closer to matching your ideal life’s work with the reality of your work life.

Having a positive life philosophy and knowing what strengths you have to build on will only get you so far.

The third aspect of positiveness is surrounding yourself with other sources of the same energy. Occasionally we hear stories of people who struggle against great odds, prove the naysayers wrong and achieve the nearly impossible. They turn around a defunct company, they stop a highway from going through virgin land, they bring out a new product line in record time, or they beat the odds-on terminal cancer.

By definition, they had to have had a positive philosophy to get them there and they had to know what they could do themselves and what they needed to get from others. Those stories rarely mention the fact that those people always had some other source of positive energy outside themselves that kept them going. Most probably it was other people they could rely on for support.

Other people who were also positive about their ability to succeed. Perhaps they were also motivated by the example of some historical figure. Perhaps they drew strength from a spiritual source. The point is, they didn’t do it alone. They needed to be embedded in some sort of supportive, positive context that recharged them when their own batteries were running low. During coaching certification a powerful tool for just this is taught.

Ideally, you surround yourself with the kinds of people who exhibit the positive traits we’re talking about. Avoid the two-dimensional folks who tend toward the negative traits we discussed earlier – the ones who see things as either/or, right or wrong, and don’t care to entertain any other thoughts. These people don’t help recharge, they drain you.

I hope in this brief discussion I’ve given you the beginnings of a deeper understanding of the How. It begins inside you with a positive life philosophy, a positive sense of who you are and what you bring to the table of life. And it requires that you embed yourself in a context of positiveness – to tap sources beyond yourself. If this trait isn’t already in your repertoire, then begin here. The trait of positiveness is so attractive, other people will be drawn to you. 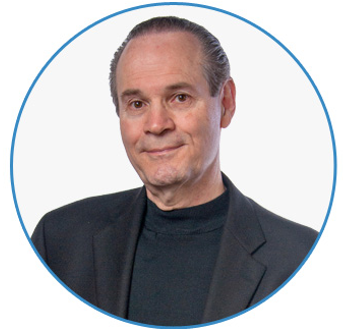 Dr. Tony Alessandra has a street-wise, college-smart perspective on business, having been raised in the housing projects of NYC to eventually realizing success as a graduate professor of marketing, internet entrepreneur, business author, and hall-of-fame keynote speaker. He earned a BBA from Notre Dame, an MBA from the Univ. of Connecticut and his Ph.D. in marketing from Georgia State University (1976). Known as “Dr. Tony” he’s authored 30+ books and 100+ audio/video programs. He was inducted into the NSA Speakers Hall of Fame (1985) and Top Sales World’s Hall of Fame (2010). Meetings & Conventions Magazine has called him “one of America’s most electrifying speakers”.

Dr. Tony is also the Founder/Chairman of Assessments 24×7. Assessments 24×7 is a global leader of online DISC assessments, delivered from easy-to-use online accounts popular with business coaches and Fortune 500 trainers around the world. This is the assessment dashboard provided to all CCC coach training graduates.