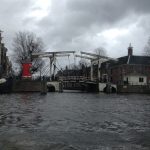 Coach Andrea and her client David talked about personal budgeting, and then David asked to focus on budgeting for his department at work.  Coach Andrea asked him what software he currently used for budgeting at work.  David shared that while the accounting team had specialized software, rather than train everyone on the software the departments simply provided everything to the accounting team in Excel.  Andrea then asked David about the process utilized.  David shared they were given the budget numbers and actuals for the past three years.  When submitting a budget, they were expected to explain any variances.  If there was to be an increase over ten percent, substantial justification was required.  Andrea also asked David how specific he wanted to be with the expenses.

Andrea asked David his process for deciding on budget numbers.  David shared he usually just increased the numbers by as much as he thought he could get away with submitting because he knew they were going to tell him to make cuts.  Looking at the budget together, Andrea started asking David questions about how he could explain the numbers as if it were the first budget.  David considered and began listing his sources of information.  For payroll, he could ask the HR department for salaries, payroll expenses / overhead, benefits, and expected increases.  For utilities, he could check with vendors on expected rate or price changes.  At David’s company the Facilities Management department did chargebacks for a portion of the rent, utilities, repairs, plus any work orders for the department, so David could check with them on anticipated expenses.  As Andrea went through David’s budget, they co-created a plan, formulas, and David chose his specific action steps for refining and justifying his budget submission.